The $100,000 gift will support student scholarships to Curb College of Entertainment & Music Business 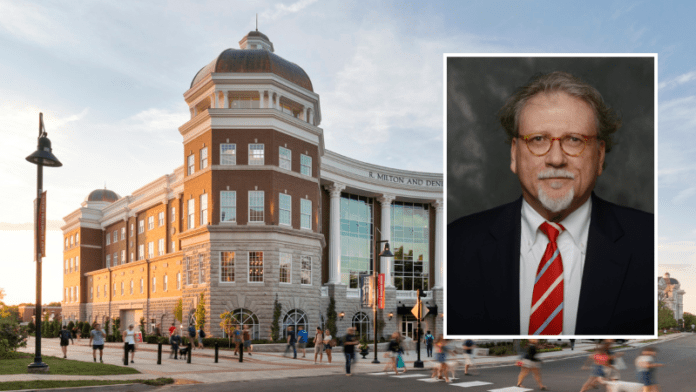 The Howard Family has established the “Douglas J. Howard ‘Dean’s Choice’ Endowed Scholarship” with a $100,000 gift to the Mike Curb College of Entertainment and Music Business. Given by Doug Howard, wife Linda and daughter Gracelyn, the scholarship will support a rising sophomore, junior or senior student with a minimum 3.0 GPA or higher studying in the Curb College.

“We are deeply grateful for the Howard family’s generosity and are excited to continue Doug’s legacy at Belmont through this endowed scholarship,” said University President Dr. Greg Jones. “Doug has been a tremendous asset to Belmont and Curb College through his innovative spirit, transformational leadership, passion and energy. Through the Howard family’s investment, more students will have the opportunity to study music and entertainment in the world-class Curb College.”

Doug graduated from Belmont College in 1979 where he studied music business and management before receiving his MBA from Vanderbilt University and his JD from the George Washington University School of Law in Washington, D.C. After a storied career as a music industry executive, Howard returned to Belmont in 2015 where he served as dean of Curb College until his retirement earlier this fall. His tenure as dean was marked by the college’s significant growth, a deepening of industry connections, the opening of a state-of-the-art facility and consistent national acclaim.

“During my service as Dean, I witnessed the generosity of many of our Curb alumni and industry partners who provided financial support for our students,” said Howard. “In the scholarship award process, however, I became acutely aware there is a large gap and a great need to provide even more scholarship support for an ever-growing number of qualified and deserving students. My family desires our gift to inspire and encourage additional alumni and friends to create new endowed scholarships or to support one of the existing Curb scholarships. Any gift amount will support the many exemplary Curb students who seek aid each year in their quest to earn their degree and pursue their dream career.”

The scholarship arrives just before the year-long 50th anniversary of the University’s music business program, with celebrations slated for the 2023-2024 academic year.

Established in 1973, Belmont’s music business program was designed to prepare students for operational, administrative, creative and technical careers in the music industry. Growth in size and reputation led to the advent of the full Mike Curb College of Entertainment and Music Business in 2003. Currently home to more than 2,700 undergraduates—with majors in music business, audio engineering technology, entertainment industry studies, songwriting, media studies and motion pictures—Curb College boasts an impressive faculty of academic scholars and authors, entrepreneurs, songwriters, producers, journalists, filmmakers and sound and recording engineers. The college serves as a world leader in music business and entertainment industry education and is the only freestanding college of its kind.

Donors interested in contributing to the “Douglas J Howard ‘Dean’s Choice’ Endowed Scholarship” can make a gift at belmont.edu/give.