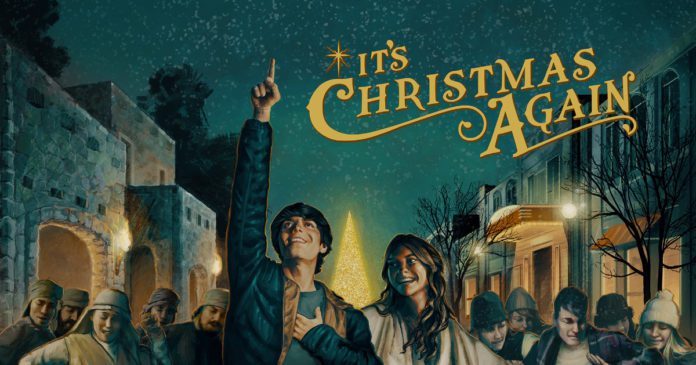 Freshman philosophy major Lawson Touliatos will star in the new holiday film, “It’s Christmas Again,” set to premiere for one night only in theaters on Nov. 29. “It’s Christmas Again” unfolds Jake Young’s unexpected Christmas journey after a skateboarding accident gives him a chance to experience Bethlehem on the night of Jesus’ birth.

After learning about the project from his agent, the Memphis native auditioned and landed his first major role as the movie’s main character.

“The music aspect drew me to the project itself,” Touliatos said. “It was one of the very few things I’d auditioned for that let me sing, which was nice. With it being a Christmas musical, I really like the idea of having new Christmas songs. It was a lot of fun.”

Writer, director and producer Sandra Martin and cinematographer and producer Isaac Alongi have been members at Life Mission Church in Kansas City, KS for more than 20 years.