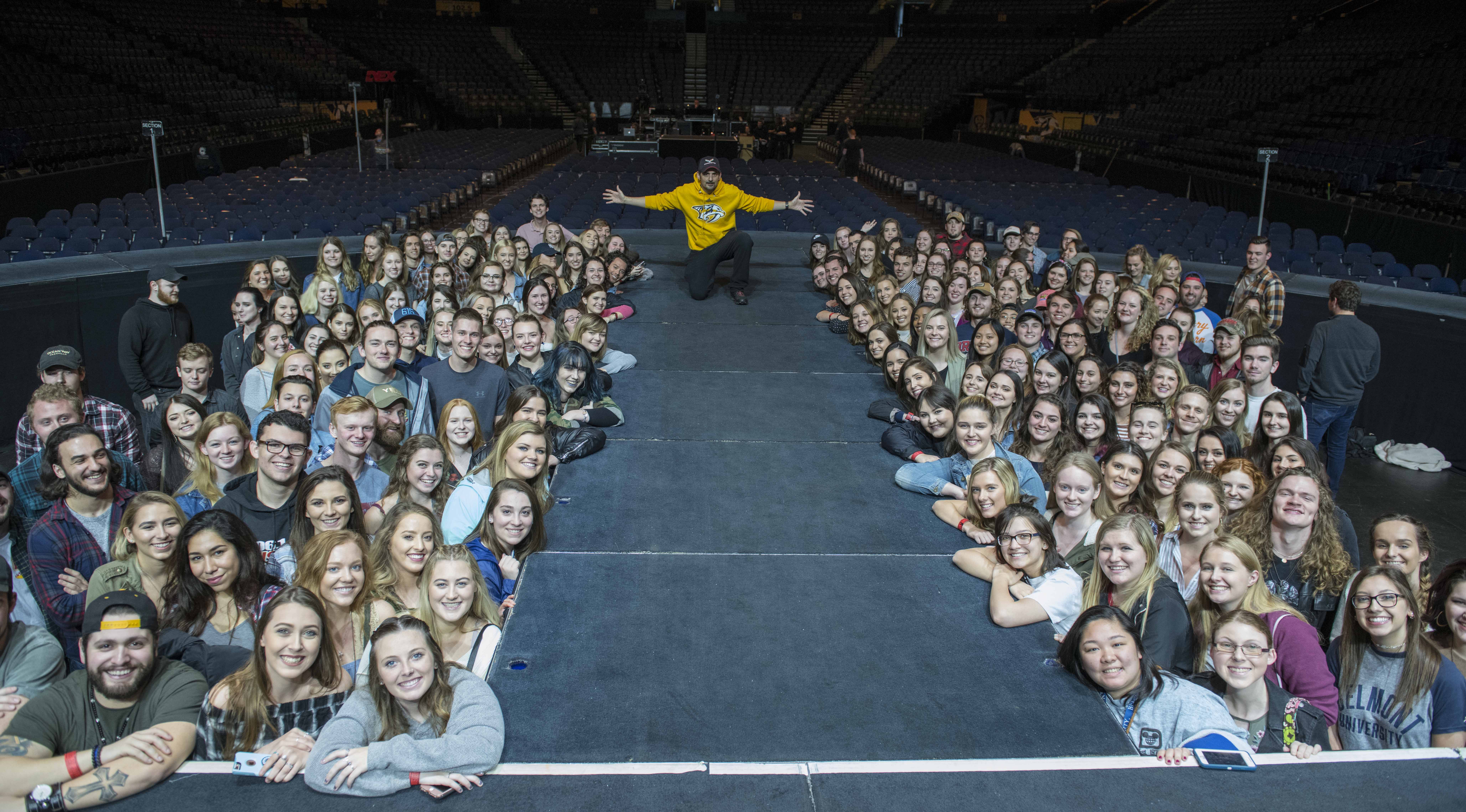 On Fri., April 6, Belmont alumnus and Grammy Award-winner Brad Paisley prepped for the hometown show of his current Weekend Warrior World Tour with a special pre-show sound check with approximately 200 students from the Curb College of Entertainment and Music Business. The students were invited to Bridgestone Arena where Paisley hosted them for a few songs during sound check and then offered career advice and conducted a Q&A session. The students were also able to attend the evening’s performance.

Freshman music business major Jacklyn Figueiredo noted what an amazing opportunity it was for her and her peers to get such a behind-the-scenes tour as well as remarked how much she enjoyed hearing about Paisley’s own time on Belmont’s campus. “His experience was very relatable to everyone’s current Belmont experience. It was awesome to see how he utilized all the tools he learned at Belmont. He said he invited Belmont students to Bridgestone because he wanted to see the new faces of the music industry, and I think that really motivated a lot of students.”

Junior music business and accounting double major Becca Cress added, “Immediately likable, he sat down on the steps of the stage and started telling us stories of his time at Belmont and how it shaped his life. He was very engaging with his audience and continuously asked the students questions about their impressions of Belmont and how it operates today compared to when he attended it. Before starting his actual soundcheck he declared he wanted to construct ‘Paisley Hall’ – where there were no practice hours and everyone could play music whenever they wanted. The soundcheck itself was awesome!! He is such an incredible guitarist and the band worked really well together. You could tell he’s an experienced artist and has performed in front of large crowds many times.”

The Store Marks One Year Anniversary