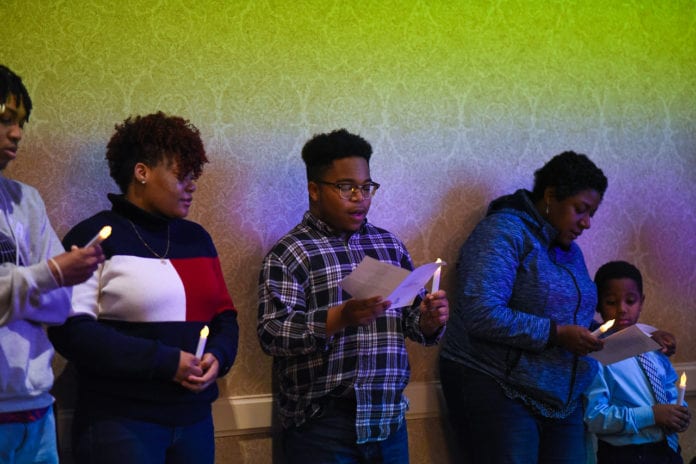 Belmont University’s annual MLK Week programming began Friday, January 17, and will continue holding a wide array of special events to commemorate the anniversary of Dr. Martin Luther King Jr.’s birthday, January 18 through the week. With the quote above exemplifying the importance of community service and resonating beautifully with the mission of Belmont University, the University is again partnering with universities throughtout the Nashville community for the 10th annual MLK Day of Service.

This year’s theme is “A Call for Unity: Preserving the Dream.” The Martin Luther King, Jr. Commemorative Program was established in January of 1997 at Belmont University as a celebration of the life of Dr. Martin Luther King, Jr. Each of the commemorative events are open to the Belmont community and to the public and all are welcome and invited to attend. Events each year include a candlelight vigil in commemoration of the Civil Rights Movement, a chapel service, and a campus dialogue on diversity, race and ethnicity.

The week’s kick off event on Friday, January 17 featured a celebration breakfast with keynote speaker Dr. Kevin Rome, president of Fisk University. Following the breakfast was a chapel service called, “What should Dr. King’s dream look like today?” at 10 a.m. in the Janet Ayers Academic Center Chapel with Pastor John Faison of Watson Grove Baptist Church.

The remaining events are free and open to both the Belmont community and the general public. For additional information, visit Belmont’s MLK website at http://www.belmont.edu/mlk/.