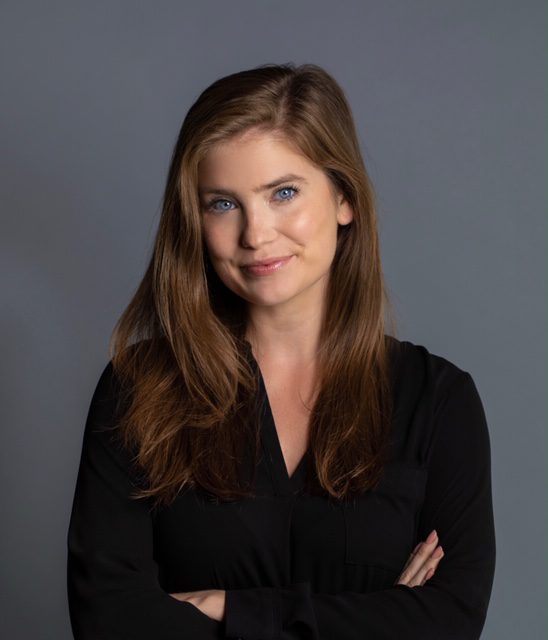 Hagedorn graduated from Belmont in 2015 with a degree in mass communications and a minor in public relations. When she recounts visiting Belmont “on the most beautiful spring day when flowers were in full bloom and people were out playing their guitar on the quad,” she says she felt like she had stepped onto a movie set and knew it was where she was meant to be.

Hagedorn was very involved with campus life, performing in Fall Follies for three years and being an active member of Phi Mu. However, the biggest selling point for her was the Belmont West program, which allows students to spend a semester studying and interning in Los Angeles, because she always knew she wanted to work in the film industry.

In her shoes today, Hagedorn says she cannot recommend the experience enough. “I think the internal competition for internships is something that isn’t as important at other schools, but at Belmont, I never wanted to be left behind and felt pushed by my classmates to do as much as I could in my time there,” she said.

“I was very fortunate to have professors that understood that what you did outside of the classroom was just as important as what you learned in the classroom. Teachers like Dr. Rich Tiner, Dr. Thom Storey and Dorren Robinson prepared me for my professional career.”

After graduating, Hagedorn accepted a position at William Morris Endeavor talent agency in Beverly Hills as an assistant to a partner in the Motion Picture Literary department, and she quickly moved to L.A.

After working at WME, she went to work as a creative executive at a film studio called STX where she helped oversee the development of dozens of films, including an upcoming horror film called “Countdown” with Elizabeth Lail from “YOU” and the new “Hustlers” movie with Jennifer Lopez and Constance Wu.

In the announcement of Hagedorn’s new position on Deadline, Goldsmith-Thomas said, “Jennifer [Lopez] and I loved working with Catherine on ‘Hustlers’ and could not be more excited to welcome her to the team. She brings fresh insight, creativity and strong writer and filmmaker relationships, which will be indispensable as we continue to build our slate at Nuyorican.”

The company has a handful of television and film projects in development, including a musical romantic comedy with Lopez, Owen Wilson and Maluma called “Marry Me,” filming in October.

Hagedorn dreams of running her own production company one day, but she also ‘wouldn’t mind an Oscar or two…’

“I’m truly pinching myself every day because this is the job I dreamed of having 15 years from now,” she said. “The fact that I’m where I am this early in my career feels like a dream, but I wouldn’t be here without hard work, tough skin and incredible support that I’ve had from friends, professors and mentors along the way.”