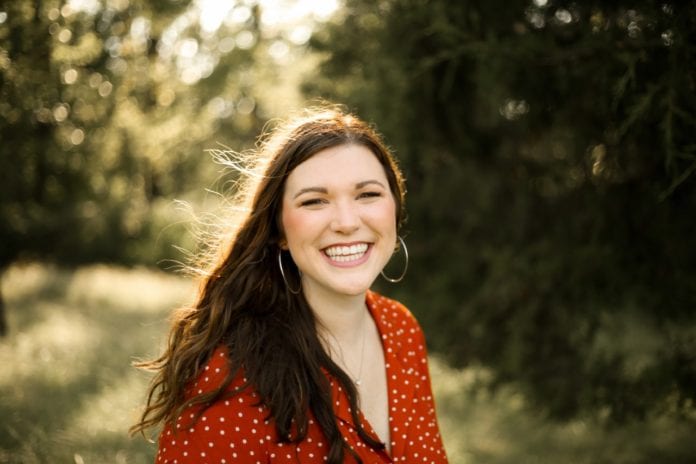 When Meredith Bowden first found Belmont, she was planning to audition for Musical Theatre, but after a trip to Cambodia her senior year of high school, everything changed. She knew she was called to do ministry. Having already had Belmont on her radar, she stumbled upon the social entrepreneurship program. She felt it was the perfect opportunity to turn her calling into her future career. The program taught strategies to create social change while simultaneously providing a background in business. Bowden described the program as, “ministry with a backbone.”

While at Belmont, Bowden was involved in Delight ministries and Greek Life as well as serving on Residence Life staff. She also paired her major in social entrepreneurship with a minor in religious studies. She recalled loving the intellectual stimulation she got from her classes. “You could take one paragraph from a book we were reading and just talk about it for hours.” As she went through her programs, she felt her worldview was greatly expanded and was confident in her abilities to create social change in whatever role she would take on in the future.”

Bowden found a position at Exile International through the Belmont work-study page. She began interning there part-time as a junior. With each passing semester, she found herself routinely asking to come back, which Exile was happy to accept. During her senior year, she was asked to come on as a part-time administrative assistant rather than as an intern. Bowden graduated from Belmont as the COVID-19 pandemic began to unravel. At the time of graduation, she had another full-time job in the works, which fell through as a result of the pandemic. As her first offer fell through, a full-time job at Exile opened up that had not been previously available. In July, she returned to Exile as a full-time employee, she laughed recalling, “I just couldn’t stay away!”

Exile International is an organization that serves rescued child soldiers and children orphaned by war in Africa. Wars in DR Congo and Uganda have left four million children orphaned and 100,000 abducted from their families. Children as young as seven are taken from their families and forced to fight and kill for rebel armies. Exile works to heal the mind, body and spirit of these children through art-focused trauma care and holistic rehabilitation. Administrative operations are done in the US, but all the work done in Africa is conducted by Africans living in the communities that they serve. Bowden shared, what makes Exile unique to other organizations is that it “champions leaders and counselors from African communities. It’s about restoring Africa from the ground up, and to do that effectively, it has to begin with Africans.”

The organization has found incredible success in somewhat unexpected ways. Graduates of the program continue to come back to Exile, asking to establish new care programs. It’s what they call the Multiplier Effect, and it’s led to exponential growth. In 2020, 29 of its 38 care programs were led by graduates, proving the Exile model is sustainable, cyclical and effective.

“I left Belmont with open hands, ready to fill whatever gaps there were in the world for me,” Bowden stated. She attributes her passion for rehabilitative work to the time she spent deeply investing in Exile. Being involved in a wide variety of things is important, but it’s also important to dig deep into the things that call to your heart. “The areas where I dug my feet in, stuck it out and put a lot of energy are the areas I got the most out of. At Exile, I got a community, a part-time job, a full-time job and a sense of purpose.”

Bowden encourages others to dig deep in the things that they care about. “Passion isn’t something that just comes to you; it’s something you seek out and practice.”